When was the last time you sent your kids outside, then lost track of their whereabouts for several hours?

I know I certainly haven’t.

Even the woods behind our home, the ones our three kids are always eager to explore, seem like something I should keep off-limits. My excuses are valid. It’s near a road. There have been bear sightings back there. At the very least, there are certainly Lyme-infested ticks beyond the carefully manicured confines of our backyard. It would be irresponsible of me, neglectful even, to simply allow them to run off on their own, even if they remain on our own property.

The world of the 21st century seems fraught with far more danger than the world of our childhood, but is it really? And in our attempts to keep our children safe from harm, are we the ones causing them the most harm of all?

The Surprising Effects of Helicopter Parenting

We are all well aware of the rise of the helicopter parent, and whether that parenting style appeals to us or makes us cringe, there are few parents nowadays who could say with certainty that they never helicopter their children. For better or for worse, we have become a society that feels it’s our duty to protect our children from every hurt, whether real or imagined.

I consider myself low on the helicoptering scale, but despite my laid back attitude when it comes to things like climbing the slide (don’t laugh; that’s an extremely contentious topic in Facebook comment threads!) or riding bikes around our yard without helmets, I still have plenty of helicoptering tendencies.

I tell my kids to be careful at various activities, dangerous or not, at least a dozen times a week. I’m overly vigilant when they go anywhere near water, even if they’re wearing life jackets. And take the example of my nine-year-old.

He asked one day if he could ride his scooter to the end of our quiet street by himself. His suggestion was met with an immediate “No” even though when I was his age I would regularly ride my bike around my neighborhood (without a helmet of course). Sometimes I’d sneak into the abandoned, ramshackle old house down the road, other times I’d explore the nearby beach, slipping on seaweed-covered rocks and scraping my palms on barnacles. Rarely during these excursions did my parents have any idea where I was.

Why do I bring this all up?

I recently came across two fascinating articles. The first proposed that the current trend in “kindergarten horror” (horror films with creepy clowns, scary kids, possessed dolls, and the like) is a direct response to the helicopter parenting that has permeated our society over the past couple of decades. The second gave an engrossing look at a ‘new’ kind of playground in the UK (which basically amounts to a glorified junkyard where parents aren’t allowed) compared to the tightly regulated, “we don’t want kids to get hurt or us to get sued” playgrounds in the US.

What both authors were keen to point out is that the children of today are no longer afforded the chance to scare themselves, to face something they’re unfamiliar with and conquer it through calculated risk. Instead we place them under constant supervision, in environments that are as sanitized as possible, both literally and figuratively, and expect them to thrive.

There are a couple of problems with that.

First, children need risky play. According to Ellen Sandseter, a professor of early childhood education, “by engaging in risky play, children are effectively subjecting themselves to a form of exposure therapy, in which they force themselves to do the thing they’re afraid of in order to overcome their fear.” Ironically, by shielding our kids from real and perceived dangerous play, we may actually be harming them more and setting them up for a lifetime of fears.

It’s easy to spout off a dozen reasons why closely supervising our children is necessary in this day and age, but as much as we like to shout that the world is a much more dangerous place than it was in the ’70s and ’80s, the statistics just don’t support that.

Instead we live in a world that seems more dangerous because we have immediate, live access to every crime, accident, and occurrence, regardless of how anomalous it may be. Even if we’re inclined to give our kids more freedom, we then have to worry about other people reporting us for neglect. That leads to a formula for over-protected kids.

So what is the answer? Is there an answer?

As nostalgic as it would be for me to say I’m going to send my three kids out for the day and will see them at dinnertime, I’m not at a point where I’m willing to do that yet. I’m guessing you aren’t either. After decades of helicopter parenting, changing our ways will likely be a more gradual process, and that’s okay.

We can start small.

In just the few days since I read those articles, I’ve made little changes.

First, I’ve become more aware of the ways in which I’m overbearing in monitoring my children’s activities. Like I said earlier, I’ve always considered myself to be a fairly laid back parent, but simply paying attention to myself has proven otherwise.

Second, I’m attempting to curb my impulses, from yelling, “Be careful!” to automatically refusing my kids’ appeals to do certain activities I deem too risky. My kids often surprise me with what they’re capable of and I need to allow them more opportunities to be in situations that show off their abilities.

Finally, I’m actively looking for occasions in which my kids can flex their ‘independence muscles’. Whether it be something small like sending my son across the road to borrow some sugar from our neighbor or something bigger like finally letting them explore the woods out back for an hour (if they promise to all stay together and maybe have a whistle for emergencies).

As parents, we all have the goal to raise smart, independent, well-adjusted kids who can face any obstacle head-on with perseverance and fortitude. Let’s start taking baby steps to get there.

Lauren Cormier is a mom of three, wife, and the author of The Words Your Kids Need: The Value of Writing to Your Children and How to Do It With Ease. You can find her on her blog, Oh, Honestly. 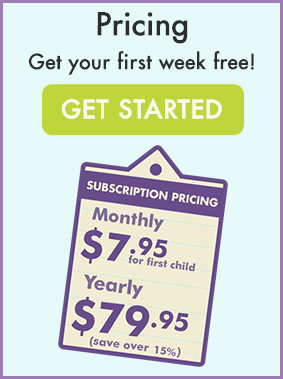 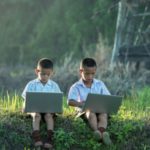 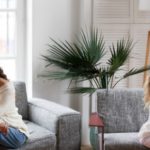 Any parent who has a strong-willed child knows … END_OF_DOCUMENT_TOKEN_TO_BE_REPLACED

This adorable game from Fantastic Fun and Learning … END_OF_DOCUMENT_TOKEN_TO_BE_REPLACED

This adorable game from Fantastic Fun and Learning … END_OF_DOCUMENT_TOKEN_TO_BE_REPLACED 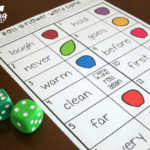 Celebrate spring with this fun word game from This … END_OF_DOCUMENT_TOKEN_TO_BE_REPLACED 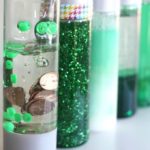 These science discovery bottles are the perfect … END_OF_DOCUMENT_TOKEN_TO_BE_REPLACED